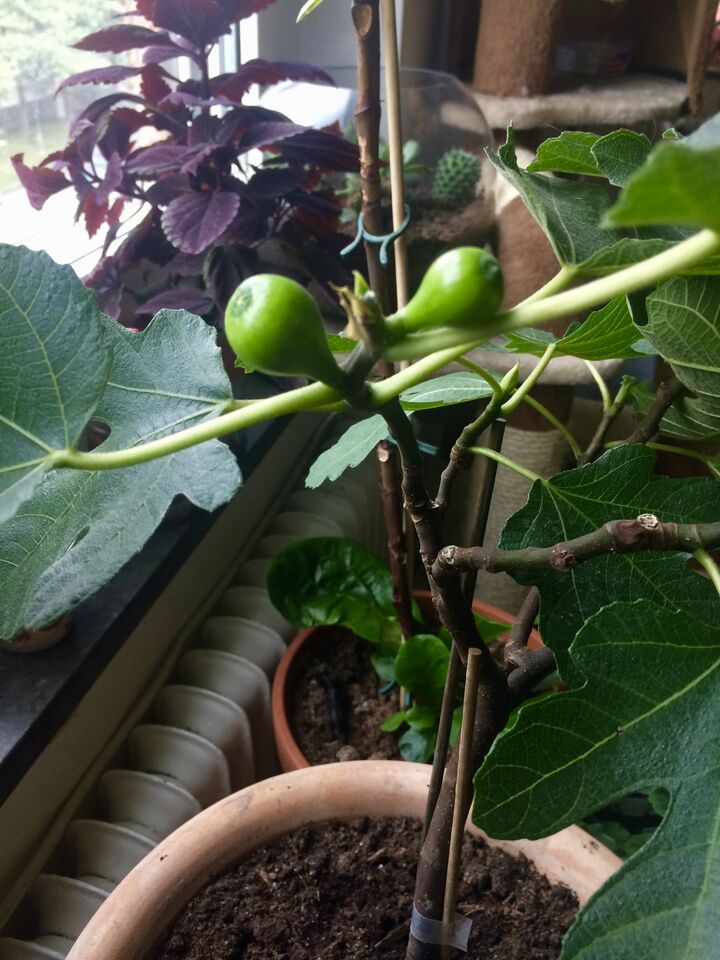 Last year I bought a little fig tree near the end of summer. Quickly, all of its leaves fell off which didn't suprise me because it was end of the season. But, I realised it actually died .

I read more about Fig trees before I bought a second plant. They are used to hot weather and really like the sun. I also talked to someone at the store and she said that I wasn't watering it enough. This time I also bought a more mature plant so that it will be easier to resist me not knowing how to take care of it.

I've had this fig tree for about a month and a half. Its near the sunniest window of my apartment and I have a 7.5W LED grow light on it (which isn't really strong enough for it alone but it also has natural sun).

I don't even like figs but I think the plant is beautiful.

Cool. I like the leaves. How big are the figs in the photo?

Only about 2.5 cm. In California fig trees are often in people's yards as they grow really well in that warm dry climate and the leaves get huge. They are really nice plants.

Aha. So figs aren't very exotic to you? In Sweden they are bought in grocery stores, fresh or dried.

I think they look exotic indoors since they aren't typically an indoor plant. But since I've grown up around fig trees they aren't so exotic to me.

Very interesting to see that it is possible to get figs when the plant lives indoor the whole year. I have some fig plants but I don't take them indoor in the winter any more, so I don't get any figs nowadays. I like to have a nice plant outdoor.

I will have to set this outside on the balcony for a few weeks to allow the figs to get pollinated. Even if the plants don't get any figs I still think they look nice