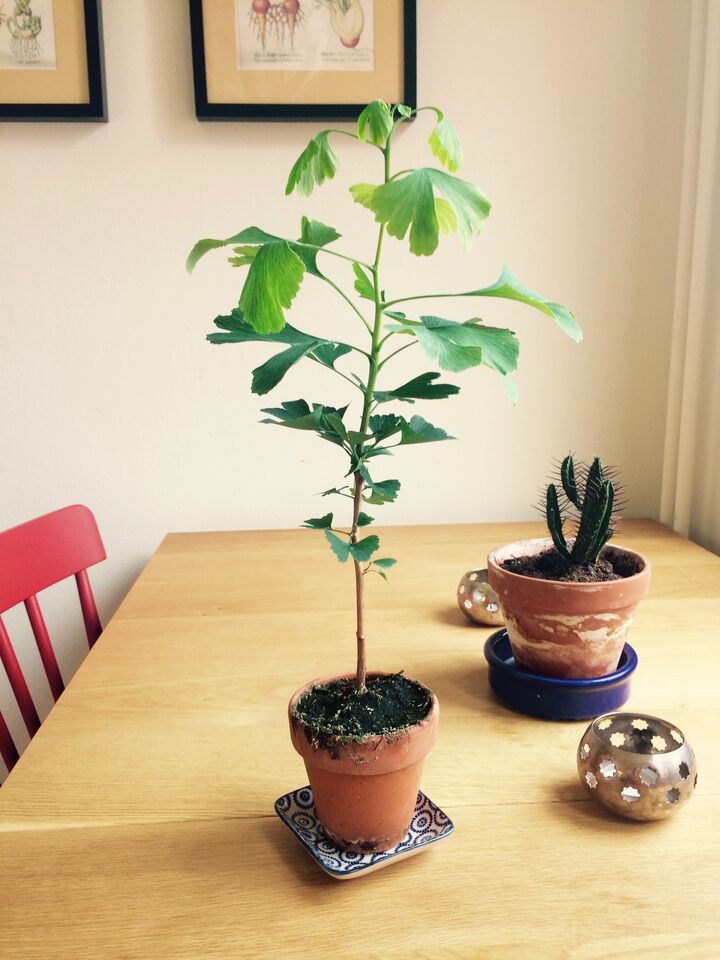 It's hard for me to go into a plant store and leave without a new plant. Yesterday, I stopped by one of my favourite little stores in the city called Things.

My boyfriend bought me a little tree called a Ginkgo Biloba or the Temple Tree. We both really like its unique leaves.

The little card that was in the pot it came with says that the Ginkgo Biloba is the world's oldest tree species and has existed for more than 250 million years. The survival and development of Ginkgo Biloba is due to its incredible hardiness and tolerance. Buddhist Monks always ate the leaves before they went to the temple for Mass and prayer, as it helped with water retention. Gingko Biloba has the incredible property that it is very hardy in polluted urban environments.

The instructions say that it needs good light while indoors. It needs water and fertilisation all year. It goes dormant during the winter so it will need to be put in a dark space for two months. It can withstand a minimum of 15 degrees C.

The leaves of the tree were used for its medicinal purposes in Ancient China. It is still used today for various health issues, as it is an antioxidant.

Has anyone else heard of this tree before?

I hadn't heard of the tree but I think I have seen some kind of beverage by that name. I'm not 100 percent sure though.

There is probably some sort of drink that contains it.

Yes, as a child I lived in Helsingborg and there was (is) such a tree. Intersting is that it doesnt have leaves. They have needles, I was told then. It looks like leaves.