How Do I Prune My Ficus Benjamina? 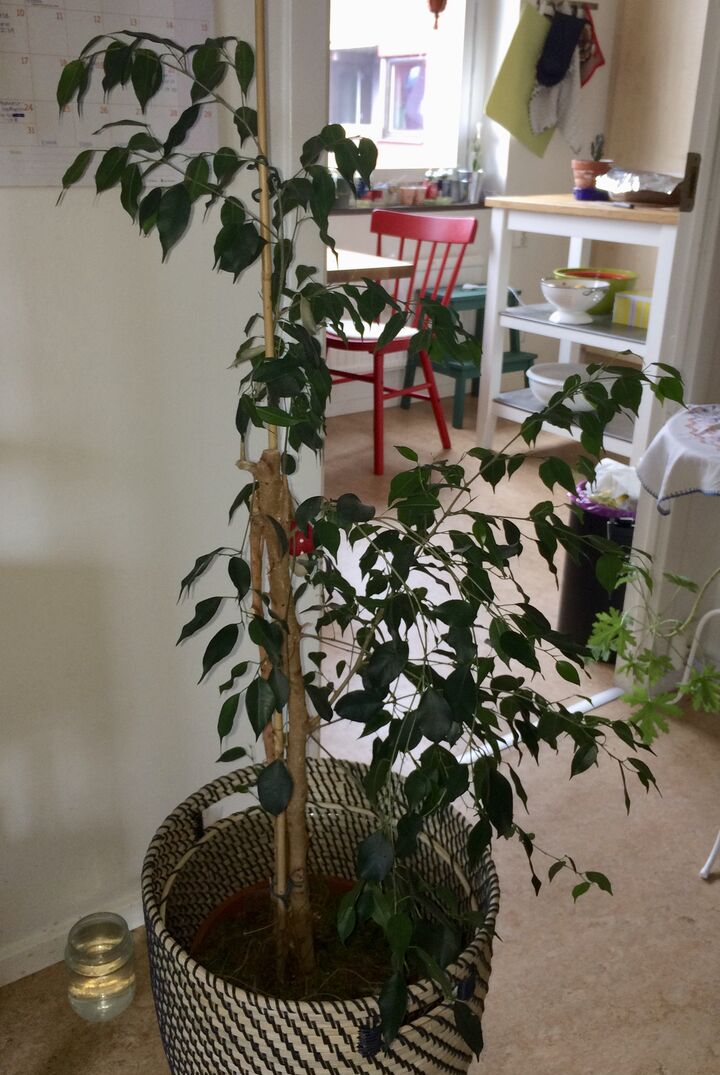 This is my Ficus Benjamina.

This poor plant has been through a lot. It was one of the first plants I bought when I moved to Sweden. I moved this plant from another apartment to my current one during the winter a couple winters ago. Unfortunately, it became too cold during the move and it lost all of its leaves. I thought it wasn't going to make it but slowly it grew new branches and leaves, after I chopped the top of the plant off.

The problem now is that it is just growing wide, but not any taller. I wrapped one branch up to make it seem taller, haha. But I don't think thats how it works.

How do I prune my Benjamina Ficus so that it grows how it normally should (like a small tree)?